Do Ketogenic Diets Work for Athletes? 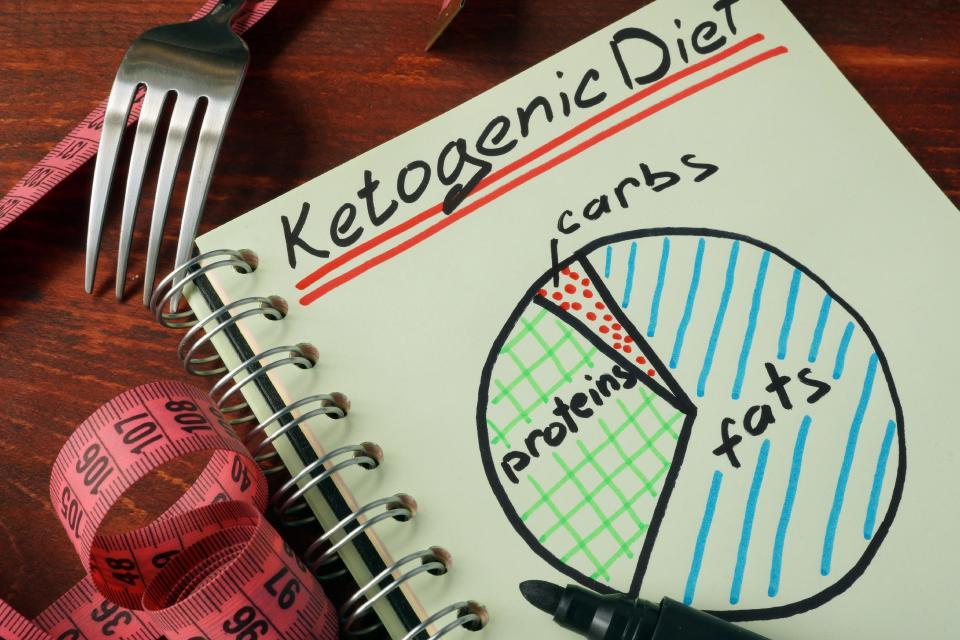 Question: What do you think about a ketogenic diet for athletes? Does it really improve performance?

Answer: A ketogenic diet is a high-fat, low-carbohydrate diet, usually including less than 50 g of carbohydrate per day (Paoli 2013). Carbohydrate, which is stored in the body as glycogen, is the preferred fuel for muscle and the brain. When this fuel isn’t available, the body turns to fat for energy and produces ketosis. The theory is that since we store much more energy as fat than as glycogen, athletes have a reliable, steady source of energy if they burn more fat, and this should improve performance.

The ketogenic diet is successful for treating epilepsy in children and some adults and has shown promise for weight loss and type 2 diabetes (Chang, Borer & Lin 2017; Paoli 2013), but in the long term, this diet has risks. It increases the threat of kidney stones, elevation of blood lipids and bone fractures. Because it is low in fiber, it also leads to constipation (Retelny 2015).

Research shows that over time, an athlete on a ketogenic diet becomes more efficient at burning fat. That adaptation takes at least 3–4 weeks, during which the athlete feels fatigued (Burke et al. 2017; Chang, Borer & Lin 2017; Volek, Noakes & Phinney 2015). Benefits may be greatest for endurance sports requiring prolonged submaximal effort, including running and cycling, and perhaps also for field sports (Chang, Borer & Lin 2017; Volek, Noakes & Phinney 2015). On the other hand, a study of race walkers found that while a ketogenic diet led to more efficient fat-burning, there was no benefit to athletic performance. The higher-carbohydrate diet resulted in improved performance (Burke et al. 2017).

More research is needed to clarify potential benefits and risks for athletes on a ketogenic diet. The positions of the Academy of Nutrition and Dietetics, Dietitians of Canada, and the American College of Sports Medicine are that current evidence doesn’t support the use of ketogenic diets to improve athletic performance (AND 2016).

Anyone considering a ketogenic diet should keep in mind that decreasing carbohydrate intake also decreases intake of fiber, vitamins, minerals and phytochemicals from beans, whole grains, starchy vegetables and fruits. Before starting this diet, it is wise to discuss it with a doctor and meet with a registered dietitian nutritionist (RD/RDN) to make sure nutrient needs will be met.

Another successful Pride on stage one.