Fit Life / What You Need to Know About Eating Organic 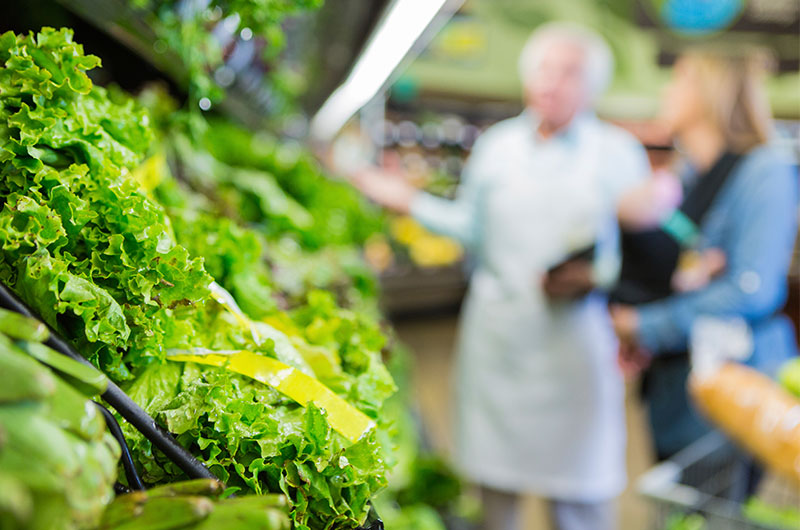 Organic food has become very popular, with more and more organic foods available every month. But is eating organic food healthier? How do you identify organic produce and which ones are a must when choosing organic? Do pesticides cause cancer and other diseases? Here is a quick guide to eating organic to help you navigate the aisles of your grocery store.

What Does “Organic” Mean?

According to the United States Department of Agriculture (USDA), for a food to be labeled “organic,” the ingredients must be at least 95 percent organic. The next level down is the “Made with Organic Ingredients” label, in which at least 70 percent of the ingredients are organic. Foods containing less than 70 percent organic ingredients cannot use the organic seal or the word “organic” anywhere on the label. One hundred percent organic meat, poultry, dairy and eggs are free of antibiotics and artificial growth hormones. Fish is not included in the organic monitoring of animal proteins, as it is not governed by the USDA. Instead, look for “wild” caught fish rather than “farmed” fish, in most cases. Your best reference bet for choosing the healthiest and safest fish is to consult the Seafood Watch guide from the Monterey Bay Aquarium.

Which Foods Should Be Organic?

Every year, the Environmental Working Group (www.ewg.org) puts out a list of the 12 fruits and vegetables with the highest levels of pesticides—what they call the Dirty Dozen. While we await the release of the 2016 list, the 2015 list includes: apples, nectarines, peaches, strawberries, grapes, celery, spinach, sweet bell peppers, cucumbers, cherry tomatoes, imported snap peas and potatoes. They also listed two additional items: hot peppers and kale/collard greens. The EWG advises that consumers should choose organic versions of items on the dirty dozen list. All produce bears a sticker with its identifying number, so look for a “9” at the beginning of the number, as this signifies an organic item. The EWG also puts out its Clean Fifteen list so that consumers can feel safe about which conventionally grown items they can purchase.

Organic foods provide a number of health benefits. Studies have shown that organic produce is higher in antioxidants than conventionally grown produce, which can reduce the risk of heart disease and certain cancers. In addition:

How to Shop for Organic foods on a Budget

Buying organic foods can really increase your food budget, as you are paying a little more for the benefits that organic offer, as well as the packaging. To help cut costs when shopping, consider shopping at your local farmer’s market. By taking the middle man out of the equation, you can save quite a few dollars. Plus, making friends with your local organic farmers allows you to taste before you buy. You’ll also benefit from eating local and seasonal ingredients. Buy just what you think you will need for the week, as certain fruits and vegetables are quicker to spoil.

At the traditional grocery store or health food store, buy items such as rice, cereal, pasta and dried fruit in the bulk bins. The organic sections of traditional grocery stores, as well as stores like Target, Wal-Mart and Costco, have increased in size and are projected to continue to expand. You’ll likely save a few dollars if you buy packaged organic items (yogurt, cereal, eggs) from discount stores.

It’s your choice to purchase organic foods and products. There’s a growing sentiment that these foods are healthier due to their lack of pesticides, hormones and GMOs. There’s no reason you can’t buy organic and save some money by shopping smarter. Stay educated about the great organic debate so you can make the best choices for yourself and your family.

U Rock Girl! ContributorTiffani Bachus, R.D.N., and Erin Macdonald, R.D.N., are the co-founders of U Rock Girl!, a website designed to nourish the mind, body and spirit of women of all ages and stages of life. They have just authored the rockin’ breakfast cookbook, No Excuses! 50 Healthy Ways to ROCK Breakfast! available at www.URockGirl.com