Get at least 30 minutes of exercise daily. Check.

Make an effort to move more (take stairs instead of the elevator, walk to the water cooler, etc.) throughout the day. Check.

These lifestyle habits help keep the body’s metabolism at top speed, but it is also important to ensure that the foods you’re consuming aren’t having the opposite effect. Poor dietary choices can affect hormones, inflammation and gut bacteria, all of which can negatively impact your metabolism and cause fat gain.

To keep your metabolism in top working order, swap the following metabolism doozies for these metabolism-boosting actions:

If cookies, cakes, white breads, sugary cereals and jams are literally your jam, your metabolism and waistline may be taking a hit. These foods are stripped of their nutrients and fiber, and they lack protein; both protein and fiber are important players in a speedy metabolism because the body has to burn extra calories to break them down. Without protein and fiber, foods are digested quickly because the body doesn’t have to spend much energy to metabolize them. This metabolizing of the food you eat is known as the thermic effect of food and accounts for 10% of your total energy expenditure.

In one study, participants’ energy expenditure after eating multi-grain bread and cheddar cheese sandwiches (whole food) was compared to their energy expenditure after eating white bread and a processed cheese product (processed food). While the sandwiches contained an equal amount of calories, protein, carbs and fat, the processed meal resulted in 50% less after-meal energy expenditure. In addition to this metabolism downside, refined carbs offer little more than a short burst of energy followed by a crash, which is a disastrous recipe for having the energy to be active and to burn calories.

Refined carbs also raise blood sugar and promote inflammation that is associated with chronic diseases, which can unfavorably alter the body’s metabolism.

Metabolism Do: Swap refined and processed carbs like white breads, white flour, cookies and cake for unprocessed, wholesome, quality carbohydrates like fruits and beans, and whole grains like oats, quinoa, barley and millet. Other good choices include starchy veggies like potatoes, peas, and corn (non-starchy veggies are great, too, but they don’t have as many calories to provide long-term fuel for the body).

Wholesome, quality carbs keep your metabolism humming by providing long-lasting energy, thanks in part to their fiber, which slows digestion, prevents energy highs followed by energy crashes, and causes the body to have to burn extra calories to break it down. Beans, quinoa, barley and millet contain protein, which helps to keep energy levels stable while increasing the thermic effect. Unprocessed carbohydrates are packed with phytonutrients and anti-inflammatory compounds, which fight disease and the damage associated with aging, so they keep all systems in your body working efficiently, including metabolism.

Most people don’t realize that you can slurp down loads of calories from soda (or any caloric beverage) without your brain getting a signal that you’ve consumed calories and don’t need to eat more. Not only is that bad for your waistline, but getting too much sugar can also cause insulin resistance and excess fat accumulation in the liver and abdominal cavity. When your body gets a lot of glucose, it initiates a shift in your metabolism. The breakdown of fat is reduced and the synthesis of new fat begins. Simply, insulin takes excess glucose into fat cells and triggers the storage of fat.

According to the results of a study in The American Journal of Clinical Nutrition, high-fructose corn syrup, in particular, may be more damaging for the metabolism and could lead to obesity.

Metabolism Do: Drink water. You’ve heard this 100 times, because it’s true—every chemical reaction in your body relies on water. If you don’t get enough, your metabolism suffers and can’t work efficiently. Drink adequate amounts of water and your metabolism becomes a well-oiled machine.

If you need help consuming more water, try these flavorful boosts—all contain herbs or fruits that act as powerful anti-inflammatories to keep your body free of harm so your metabolism can function at its best.

Foods high in saturated fat (such as butter, full-fat dairy products, fatty beef, pork, poultry with skin, lamb and baked goods made with palm oils) often lack two important components that increase the thermic effect: protein and fiber. Moreover, saturated fats promote inflammation and contribute to clogged arteries, increasing one’s risk for heart attacks and heart disease and forcing the body to work less efficiently. This puts a strain on all systems in the body, including metabolism. Chronic inflammation leads to diabetes, cancer and obesity and worsens insulin resistance, which alters metabolism and encourages fat storage.

Metabolism Do: Swap saturated fats for omega-3s, which are found in fatty fish including salmon, herring, sardines, whitefish, tuna, walnuts and flaxseeds Omega-3s act as powerful anti-inflammatories and fight to undo the damage that saturated fats create. Aim to consume at least 3 ounces of omega-3-rich fish twice a week.

As you can see, the same foods and lifestyle habits that keep us healthy are the same ones that increase your metabolism. Simply by taking steps to be healthy, you’ll likely boost your metabolism as well! 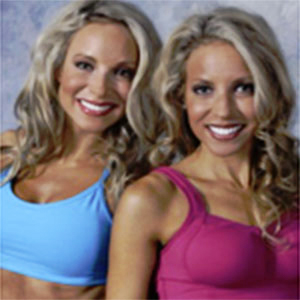 The Nutrition Twins ContributorTammy Lakatos Shames and Elysse (“Lyssie”) Lakatos, The Nutrition Twins®, share a passion to teach people how to eat healthfully and exercise so they’ll have energy to live happy lives. The twins have been featured as nutrition experts on Good Morning America, Discovery Health, Fox News, NBC, Bravo, CBS, The Learning Channel, FitTV, Oxygen Network, and Fox & Friends. They co-wrote The Nutrition Twins Veggie Cure: Expert Advice and Tantalizing Recipes for Health, Energy and Beauty, The Secret to Skinny: How Salt Makes You Fat and the 4-Week Plan to Drop A Size & Get Healthier with Simple Low Sodium Swaps. The twins are both ACE Certified Personal Trainers, and members of the American Dietetic Association and several Dietetic Practice Groups.